By March 2017, SpaceX filed plans with the FCC to field a second orbital shell of more than 7500 "V-band satellites in non-geosynchronous orbits to provide communications services" in an electromagnetic spectrum that has not previously been heavily employed for commercial communications services. Called the "Very-Low Earth Orbit (VLEO) constellation,"[25] it would consist of 7,518 satellites and would orbit at just 340 kilometres (210 mi) altitude,[26]

The challenges were daunt-ing. Successful link operation would require  high-gain  (0.15°  beam) antennas, high-power transmitters, and sufficient numbers of energy-scattering dipoles to be present in the common volume of space where the transmit and receiving beams over-lapped in the dipole belt. Received signals would have nasty charac-teristics—spread in frequency and time delay by the differential orbital velocities and positions of the dipoles dispersed in the belt.

The program faced fierce oppo-sition from astronomers (opti-cal and radio) who feared that the dipoles would obstruct their view. Others worried about the danger to other satellites of collisions with the dipoles. To mitigate these concerns, we designed the experimental dipole belt to have a short orbital life. In addition to judiciously specifying the initial orbit parameters, we gave the dipoles a high area-to-mass ratio to ensure that the solar radiation pres-sure acting on the dipoles would dis-tort their circular orbits into highly elliptical ones. The orbital perigee would eventually dip to an altitude at which air resistance would sweep the dipoles out of orbit. 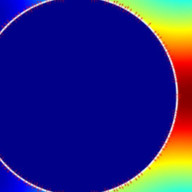